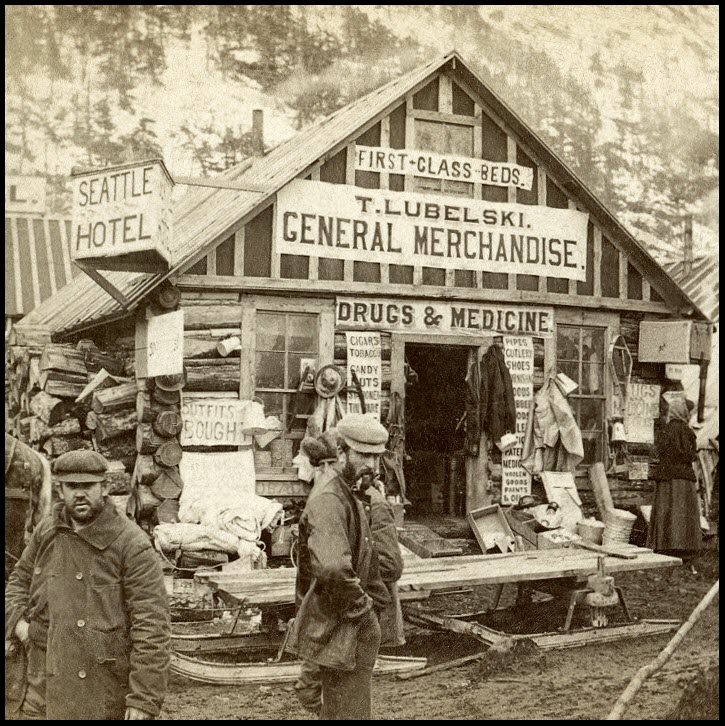 Do you know the one thing you can do to light the fire of motivation, energy, creativity, and self-propelled action in your employees?

The discovery of gold in northern California lit off a tidal wave of prospectors who came by the thousands to find their share of wealth. A very small number actually made any money prospecting for gold.

But lots of people did very, very well…and they never dug one tunnel, never sloshed one pan in a stream, never staked one claim. They only picked up a shovel to sell it.

That’s right. It was the merchants who supplied prospectors that made a fortune. There is a lesson for us as leaders in this. It is that people are self-motivated to pursue a personal dream and there is nothing you or I can do to change that. But we can make it work for them and for us.

I call it the Gold Rush syndrome and here’s how it works for us.

Extrinsic motivation, things like wages and salary, benefits, and titles do incentivize us. We all want to get ahead, but I propose that those external incentives are only symptomatic of something far more powerful and significantly more effective.

Those miners, all of them would-be millionaires, made sacrifices in pursuit of a dream. Yes, wealth was part of it, but I really, really doubt that very many of them pursued wealth for its own sake. They pursued wealth for what wealth meant, what it could buy, the security it would bring, the prestige it would offer, and the escape they desperately longed for.

Regardless of their status in life, they wanted more. They wanted out and up. Gold made it possible. But they needed things to get to that gold. They needed tools and implements, food and supplies, shoes and clothing. The real money-makers of the American gold rushes (there were several) understood that. They opened general stores and livery stables and boarding houses. They made a fortune by helping all those dream chasers pursue their dreams.

Let me illustrate with an event I witnessed in my own home.

Four teenagers sat around the table, voices excited and movements animated as they played a board game. They came from two families, long-time friends gathered for a visit. The play soon became competitive, but not heated. There was lots of verbal sword play. A thrust here, a parry in response, an advance from this one then a retreat from that one. The volume increased but never the temperature. No referee was needed. Even a casual listener could hear they were having fun, lots of it. When one round ended, there was no doubt but that another would be played. The four teenagers stayed at the table for hours.

After considerable time, the father of one of the game players got up from his seat with the other adults who had been chatting across the room, crossed the room to the game table, and watched for a moment. Then, he took a couple of dollar bills out of his pocket, hung them from the chandelier over the table, and announced the winner of the next round could claim them as his prize. “It will make the game more interesting,” he explained when he returned to the others.

The verbal thrust and parry developed a bitter intensity and a sharp edge that hadn’t been there before the prize was posted. The volume went up another notch as did the temperature around the board. The competition became personal…and a good deal less friendly. As the round ended so did the game. The winner reluctantly claimed his prize. “This,” he said, “just took all the fun out of it.”

Now, I realize neither work nor life is a game and the stakes in both are much more meaningful and I know that money is indeed a motivator. But only for some and even then, it tends to be only one motivator among many. Today’s employee, partner, worker, staff member, and student value some things as much as money, often more so.

As important as it is for you to pursue your objectives, for you to reach for the outer limits of your circle of concern, it’s as essential to remember that your objectives are not a shrine to which others may be called to worship. Your business, your objectives, your pursuits are nothing more than the means by which your needs can be met. You are motivated to meet them because they are personal and therefore meaningful.

Others cannot be forced to meet them and will not be motivated to help you meet them unless and until your objectives hold some personal meaning for them somewhere somehow. Those gold prospectors did not care one bit about the fortunes of those store owners. But those same prospectors were quite willing to make those store owners successful and profitable as long as their personal dreams and ambitions could be facilitated and furthered by what the store owners offered.

Do you need the assistance of others? Absolutely!

Can you reach the majority of your concerns without them? Absolutely not!

Will others come running to help, to contribute, to participate because your concerns are good, beneficial to society in general, or because they hold an important place in your life? Not for long.

Why not? Because the circle of concern is yours, not theirs.

By mere personal authority, appeal, or with money you might be able to buy their efforts for a time, their abilities for a season, or their ideas for a moment, but you cannot buy their heart and the heart is where motivation resides and the reservoir from which it is released.

So, what is the gold rush syndrome and how does it apply to you?

It is that wonderful internal motivation that results when your needs and desires intersect with those of the people who work for and with you. Indeed, everyone comes out a winner.

Here’s a hard question? Do you have any idea what really drives the people who work for and with you? Can you identify just how what you have to offer would really benefit others beyond a paycheck?

If not, perhaps you and your vision would be better served if you considered those two questions. Next week I will tell you another story, one of a sales manager who almost made a critical mistake with one of his best salespeople.