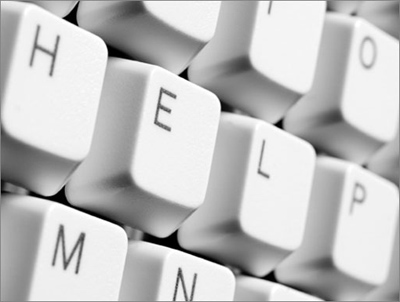 Two nights ago we went with some friends to a local burger joint. It is not a fast food place like McDonalds but it is part of a chain. It was the dinner hour and the place was quite busy. After being seated, we settled in to wait, quite a long time as it turns out.

When the waiter did arrive she took our orders, writing each one down, and reading them back to us. However, it appeared from her nervousness that she was new on the job. Since we did have a scheduled event to follow dinner we didn’t have all night. But we’d allowed ourselves plenty of time, we thought.

After quite a while not even our drinks had arrived back at our table. It was obvious from the commotion all around us at the other tables that things were going very wrong. When the orders did arrive, they were all incorrect. Every one of them.

When I looked at the check, a computer generated account of what’s been ordered, I discovered that our specified orders had not been entered. But from her general demeanor and the general flurry all around, it seemed obvious that the waitress was not incompetent, she needed training.

When I took a job at Lowe’s, I sat in a training room for almost a week working through a series of computer generated training modules the intent of which was to prepare employees for work on the sales floor. I soon discovered that what was in the training modules had little resemblance to real life. After I finished the modules, the HR man took me to my desk, pointed to a computer and said, “You’ll catch on.”

Tom Peters and Robert Waterman discuss a particular management style they call “Let alone zap.”  It means employees and associates are left alone to fend for themselves until something goes wrong, then a manager intervenes to harshly and suddenly reprimand.

But I am in the middle of a series on motivation called Flipping The Switch and in a mini-series within that series using principles of banking and finance as guides to effective motivation too.

So what does all this talk about waitresses and Lowes have to do with the topic? You may recall in the article on demotivators, a major one is when an associate or an employee feels overwhelmed. It may mean the skill sets required for a particular job are not there or it might mean they need more training.

In restaurants an experienced waiter usually accompanies a novice until they learn the ropes. There must be in place a system of systems and controls so that all aspects of the business are covered at all times. I am not suggesting that managers and leaders must maintain omnipresence. They can’t. What I am suggesting is that managers and leaders know precisely and exactly what has to be accomplished (the objective), how it happens (the process), and who will do it in what manner (the personnel).

Too often the whole thing is too fuzzy. “You’ll catch on” is not an effective strategy.

In the world of finance, records and reports enable managers to determine what is going on. In the world of people management, the same principle applies. Those reports can be written, verbal, or both. The critical factor is that the reporting be taken seriously.

Those who survey the reports know what they’re reading, what to do about what they read, and then do something about it. If the reports are good, celebrate. If not, then what?

Systems of reporting and control have one more benefit. (NOTE: There’s lots to be said about this subject so do not assume that what’s written here is all I have to say about it. This post is limited to the subject of motivation and manipulation.) One key motivator is autonomy. People feel they have at least some degree of self-management.  But, autonomy is one thing, abandonment and indifference is another.

The waiter I mentioned above looked abandoned to me. She will soon become highly demotivated because success breeds success but nothing advances failure like floundering. Learn quickly when to intervene and when to not.

Systems and controls motivate because it lends the sense of control to everyone involved. Motivation is an emotional and psychological effect reached and advanced in part by mechanical and procedural methods. They provide tools, structure, and one more big component – perspective. Systems and controls put everything in focus and in balance.

That’s why coaching is such a valid vocation. It puts a trainer (that’s you) in the position of seeing the end from the beginning and enabling your associates and employees to get from here to there successfully. Winning players tackle problems more enthusiastically, overcome challenges more creatively, and win games even more often.