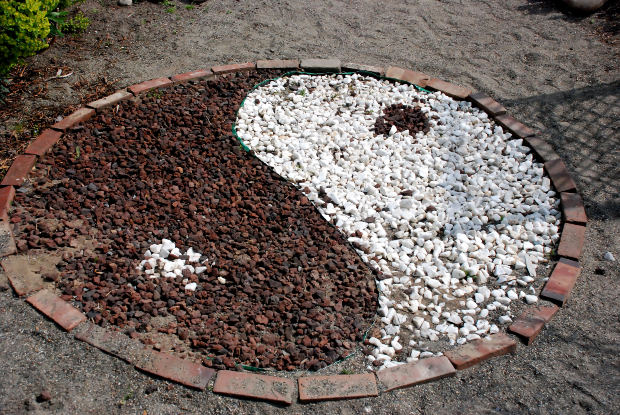 Ok, we have to admit it. We are busy. Too busy.

There are meetings to prepare for and participate in. There are reports to write, read, review, comment upon, and process. The day’s schedule is very often controlled by someone else or at the very least, torpedoed by unplanned events. In my time management seminars, I challenged my students to keep a daily log for two weeks BEFORE they even thought about becoming a more efficient manager of time.

Because some portion of our time every day is controlled by others. Just how much depends on where you are and who you work for. Keeping a log, writing down everything you do in no longer than 15 minutes blocks and monitoring it for two weeks will begin to reveal just how much…or how little…of your day you can actually plan.

Try to plan too much and you will soon become frustrated with yourself for not getting more done.

As critical as time management is, it is NOT the topic of today’s post. So why have I brought it up? Because ours is a big club. We have much to do, maybe too much to do, so we tend to let the events that occupy our times mold our approach to and response to those times. We abdicate control over events and responsibilities, and in so doing readily fall into the All-in All-out style of management.

There are two extremes to which we tend to gravitate.

The first is over-engagement, also known as meddling. At one time I worked as a sub-contractor for a charity on the west coast. One of the jobs in my contract was to coordinate an annual conference which generally attracted about 1500 paid registrants. One night, as the registration deadline approached, I and my team were working at the piles of paper forms that had accumulated, making sure that each were properly and accurately entered into the computer database. (NOTE: This was in the very early days of computers. That particular organization had a Wang mainframe computer. The CPU was about the size of an American washing machine and featured a whopping 128K of memory on memory boards about the size of 3-ring binders.)

Now, I am a cut to the chase type of guy and get really bothered by people who clutter up the process with needless frills, well-intended though they may be. The Executive Director of the charity in reference was an all-in manager, meaning he meddled into everything, trusted no one, and viewed himself as the only thing holding back the organization from complete chaos and certain collapse. Here I was with my team trying to complete application processing when Mr. Big decided it was time to modify the font on the confirmation letters and forms. It made absolutely no difference whatsoever in the process whether the font was Times New Roman or Arial. None! But he wanted another font. In those days changing fonts was not so simple as today’s drop-down menu and select procedure. No, one had to enter codes in the correct sequence in precisely the proper place or everything came out gibberish. It took an hour for him to make the change because he wasn’t as adept at font manipulation as he thought he was. So, we tried to keep busy doing anything important even though he was muddying up the flow of things with his meddling.

The next day we were an hour behind schedule and assembling pre-conference information packets which had to be mailed the following day. The hour got late, well into the evening, and we still had lots to do. But Mr. Big kept hanging around making regular and often forays into our space, each time slowing down or stopping the process in order to make his presence, expertise, and perceived redemptive value known.

Finally, it occurred to me that Mr. Big really did consider himself to be the one who worked harder, longer, and more intelligently than anyone else and that he was not about to leave as long as anyone else was there. He simply could not ever let it be known that someone else left after he did.

So, I quietly assembled my team and informed them that we were going to announce we were done for the day, leave the building and hide behind the shrubs just outside the entrance so Mr. Big would find it acceptable to leave and we could complete our responsibilities in peace.

I made the announcement that we were leaving. We made the pretense of wrapping up things for the day and left the building, finding hiding places in the bushes. Within seconds, Mr. Big was out the door and into his car. Since I was a trusted contractor, I had a key (the key system at mission control is another amazing story but I’ll save that for another time). I unlocked. We re-entered. And we got things done free from meddlesome Mr. Big.

All-in type of managers are typically like Mr Big. They innately distrust everyone. They consider themselves to be more intelligent, more experienced, more capable than anyone else. They will not leave you alone. They create as many issues as they resolve, probably more (in aeronautics it is called self-induced turbulence which comes from over-control of the plane’s flight control systems, holding on so tightly and rigidly the fluid nature of movement becomes harsh and jerky). And everyone who works for them or with them can see exactly what’s going on.

The meddlesome manager/leader gums up the works, slows down progress, and annoys just about everyone they interact with. Blinded by massive egos, they fail to attract and retain the talent that would enable them to extend their reach, multiply their effectiveness, and divide their work and seem to be quite content with that. Effective leader/managers are not.

The opposite position is the disengaged manager/leader. S/he stays out of the process even when intervention would be the right thing to do. I think of Mr. Carlson, the hapless manager of WKRP in Cincinnati, one of my favorite sitcoms. Content to busy himself with new gadgets and hobbies, he hides in his office away from the processes that would make his company even more successful. (To his credit he does finally hire a capable manager and lets him turn things around).

To be fair, many disengaged leader/managers are not disengaged at all but simply are distracted. Busy people always juggle conflicting demands and it is easy for most of us to simply leave running machinery alone when some interaction would be helpful.

However, the extreme position of over-engaging is not balanced by neglect. You need to know when to intervene. Here are 4 Keys to determining when and how to get involved:

I’d like to know your experience with the Mr. Big’s in your life and also the no where to be seen ones. Leave a comment so the rest of us can enjoy and learn from what you have discovered.

I am in East Africa at the moment and will be here for several weeks. I am not on safari. I am assisting a project I work with to fine tune the management of its businesses here and having a great time. This is not my first visit here and doubtless will not be my last. What I find particularly reassuring is that the PRINCIPLES of effective leadership are universal. Their manifestation certainly varies from culture to culture but their efficacious nature does not.

I am letting you know where I am because my normal posting schedule is Monday and Thursday,  but I cannot always rely on internet access. Sometimes it “has failed” as they say it here. So when I can, and when the system works, I’ll be posting.