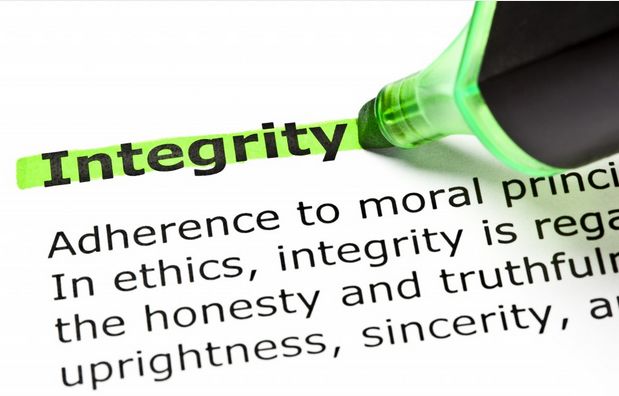 On September 29, 1982, twelve-year-old Mary Kellerman of Elk Grove Village, Illinois, died after taking a capsule of Extra-Strength Tylenol. Over the space of the next few days, six more would die the same way. Most predicted that Tylenol would never recover from the sabotage.

But Johnson & Johnson handled the crisis ethically, with integrity. First they recalled 31 million bottles of Tylenol capsules from store shelves. Then they offered to replace those bottles free of charge with a safer tablet. Then, the designed a tamper-proof packaging system. A year later Tylenol had climbed to 30% of the analgesic market up from the bottom of 7% just after the tragedy.

Whoever was running Johnson & Johnson at the time did the right thing. They demonstrated superlative leadership. We sometimes forget that in all business at every level, someone somewhere makes decisions and takes action. It is not machines that do so. It is people, persons who sit in offices, stand before others, write papers, and issue directives. Corporations, businesses, boards of directors, organizations, departments, teams, and work crews are all made up of people whose decisions and actions will affect who knows how many others.

Back in 1962 economist Milton Friedman dissed the notion that corporations had a responsibility to society. “Few trends could so thoroughly undermine the very foundations of our free society as the acceptance by corporate officials of a social responsibility other than to make as much money for their stockholders as possible.” Perhaps more than anyone else, he voiced the attitude that would typify and release decades of at time ruthless pursuit of profits at the expense of just about everything else. As good as he might have been in managing economics he couldn’t be more wrong about social responsibility.

Humans are genetically engineered to co-exist in communities where there are obligations to our selves and to each other, both explicit and implicit.

There are a 7 personal competencies found in great leaders.  I will address only the first one here – Demonstrate ethics and integrity

Actually, to do anything more than introduce the subject in a short post is impossible. (Shameless self-promotion – The book “16 Qualities of a Superlative Leader” will appear shortly after the conclusion of this series. The difference between this series and the book is significant. Here I must, by virtue of the dynamics of the web, limit each article to relatively short lengths. The book contains much, much more material, more diagrams, longer explorations of each, and many more real life examples.)

One of the great unknowns of history is Sir John Dalberg-Acton. Sir John was a contemporary and close associate of William Gladstone, the British Prime Minister. Sir John is best known for saying that “Power tends to corrupt, and absolute power corrupts absolutely. Great men are almost always bad men.”

Despite the obvious cynicism, Sir John has proven to cannily accurate. Power does corrupt, even a little bit of it. Lots of power is even more dangerous. But I’m not sure that great men are even almost always bad men.

Integrity is one of those interesting words that most of us think we understand what it means but haven’t really thought that much about it. The root word forming integrity is integer – a whole number, a number that can be written without a fractional component.

So, we can conclude that a person of integrity is a whole person.

We are what we are.

The decisions we make and the actions we take emerge from a core that is either upright or in one stage or another of compromise. I did address a facet of this in a post I wrote in April of 2014 called “How to be a Stand Up Person in a Stoop to Anything World.”

Here are 6 indicators of ethics and integrity in a superlative leader.

The leaders of Johnson and Johnson acted with integrity and ethics even though the personal cost was very high. Superlative leaders do nothing less.

Next post, trait number 2 – living with drive and purpose.