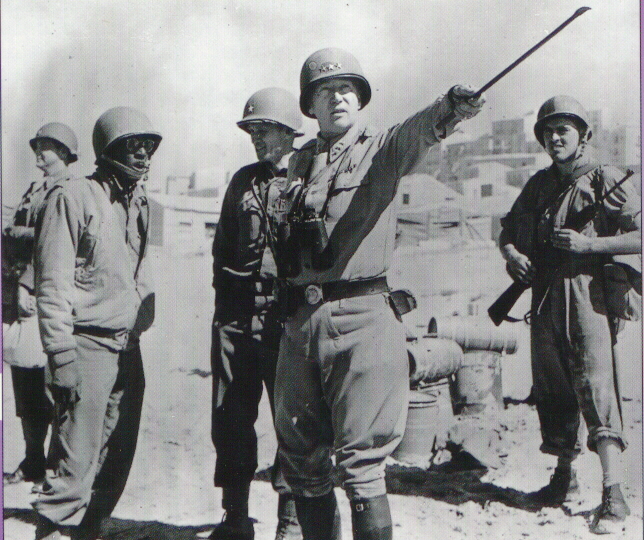 As 1944 drew to a close, the general feeling among Allied commanders was that the German Army was finished. Many in positions of authority speculated that the war might end before 1945 began. But General Patton, whose Third Army was rolling like a juggernaut across Europe, felt differently.

Ordering his staff to prepare contingency plans to reach the Ardennes, where the General thought the attack would take place, he was proven right when the German did just that. In what we now know as the Battle of the Bulge, the German Army broke through the weakest part of the Allied lines in a final attempt to split the Allied forces.

Trapping the 101st Airborne inside the crossroads town of Bastogne, Patton pivoted his army and punched north, relieving the besieged city on the day after Christmas.

How did Patton know? Was he privy to secret enemy communiques? Did he make a lucky guess?

Patton possessed prescience, that uncanny ability to anticipate the course of events. He was not psychic, not an oracle in the occult sense, and much more than just lucky.

He knew his enemy, knew history, and understood the reasoning that drove his opponents to make the decisions they made and take the action they took.

We face far less threatening circumstances than did the armies of WWII and the consequences we face are usually far less dire. Nonetheless, prescience is a quality that keeps companies and organizations relevant. It maintains their edge in the marketplace. And for leaders, it builds awe and trust.

Today more than ever, leaders must be able to drive prescient strategies, to develop products and programs that their customers and constituents are going to need and want.

You can’t be on the cutting edge if you’re playing catch up.

Prescient leaders know history because they know that what drove the thinking and reasoning in the past will almost certainly do so in the future.

And they make plans accordingly.

After all, how can one have vision if one cannot see what lies ahead. Visionary leaders know where they want to go. Prescient leaders know what they are likely to encounter along the way.