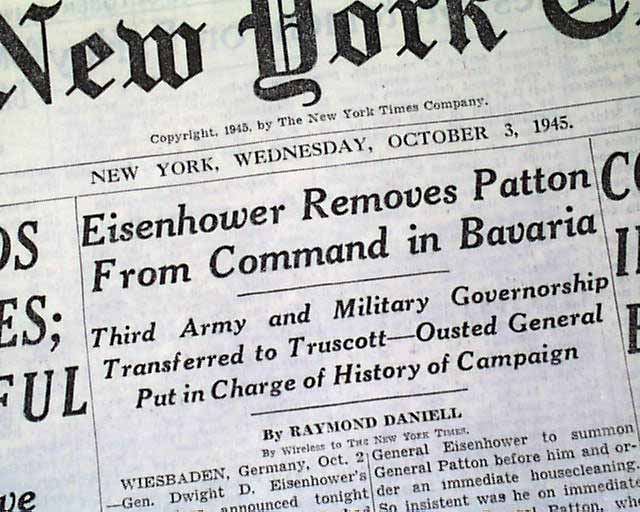 But as bright a star as he was, it faded some at the end of his career when military command put him in charge of administering a designated precinct of conquered territory. In that he didn’t do so well. He was a leader, not a manager.

Now, I am not here to do anything other today than draw the distinction between the skills Patton so brilliantly manifested as leader and those he so poorly executed as a manager.

First, leadership and change go hand in hand. Who responds to leaders? Followers! Followers follow someone who is leading them somewhere else. Managers don’t. Managers maintain and the word “maintain” means to “cause or enable a condition or state of affairs to continue.” Leaders are change agents, managers guard against it.

Second, leadership is a relationship. It is a function of a set of intangibles and nuances that Patton did and people like him do it very well. But management is an assortment of tasks that are done and redone that measure and oversee the processes that maintain things to continue as they are. Leaders make things count, managers count things.

Third, leaders primarily look ahead while managers look behind. Managers find fulfilment and reward in remaining faithful to systems. Leaders are always breakout people. They delight in making a difference and revel in uncertainty. Managers get excited about keeping things steady and certain. Leaders launch into the unknown, managers would rather not.

One reason Patton did so poorly as an administrator is that he could not readily or comfortably make the transition from leadership to management. And I suggest that he shouldn’t have accepted the job at all. Perhaps he had no choice, but it wasn’t long before command made a change. So we can conclude that perhaps one more skill is vital for effective leaders – that of knowing when to quit and move on. Leaders lead and are seldom satisfied doing anything other than that.