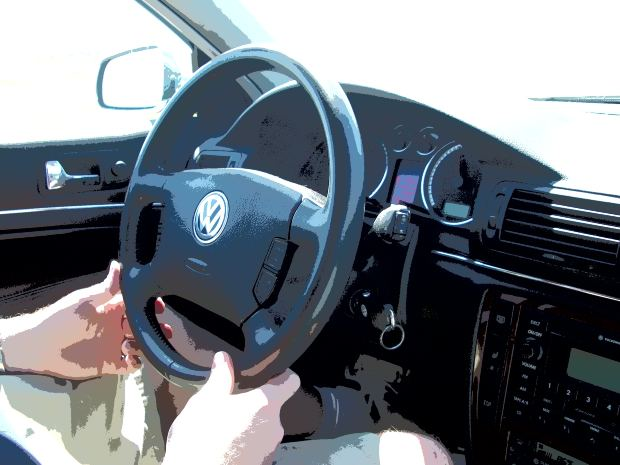 The first three installments in this series covering management’s most basic principles addresses Planning, Organizing, and Training. Once those have been done, or more realistically, once those are being done, the final principle is that of controlling action.

If nothing is moving, the first challenge is to get things moving in an orderly manner. One that happens, the next logical addition is to control what is moving; minimize waste, maximize efficiency, and focus efforts.

Control happens when movements are contained within certain parameters. In engineering those parameters would be called “tolerances” because a certain degree of latitude is allowed. In retail businesses, they control inventory by budgeting for shrinkage, which is the loss of inventory, through breakage and theft. In manufacturing, control is exercised by managing time, predicting and planning for the supply of component parts, and monitoring specifications.

In all applications of control, there has to exist a standard from which all variance is measured. Here it might be helpful to borrow a term and concept from surveying. When new territory is being plotted, surveyors lay a base line, a straight line running a fixed length along which all other measurements are to be made. When the original settlers of the San Bernardino valley laid out the city their base line, now a busy street, ran for many miles. All other streets and the plots of land that would be parceled out to settlers were measured from that on line.

Management and leadership uses the same principle. A standard is established which becomes the target for measuring performance and therefore a basis for controlling action. Corporate run restaurants establish the target number of diners and their average purchase amount and they control costs by carefully controlling portions in both recipes and servings.

Corporate run casinos know how much money the average gambler will lose at a blackjack table per hand that is dealt. They also set the standard for how many hands the dealer should deal per hour and thus can predict with reasonable accuracy how much the table should earn. They then monitor the take from that table and can see where it deviates from the base line. If a regular pattern emerges, say one particular dealer is earning less than those who precede of follow him, the house begins to look for the reason why.

Base line control works just about everywhere. It was Peter Drucker who said that “if you cannot count it you cannot control it.” So the concept and practice of control is a counting action. Leaders do not do so well at this because the nature of leadership is less specific and more inspirational. However, if inspirational and motivational influence does not somewhere and somehow translate to measurable advances, leadership is relegated to platitudes and concepts. They’re pleasant but produce little in the way of lasting effect.

Control is a concept many people are uncomfortable with because it requires them to hold people accountable for results. We live in an age of fuzziness where we confuse feelings and attitudes with genuine advancement and progress. HR people and social scientists have proposed that we focus on the feeling side of work which can have a counterproductive effect if not balanced with real control targets. Your role as manager is to place the right people in the right positions so they can do the right job at the right time and produce the right results. Feeling good, loved, accepted, and fulfilled has value as long as that focus does not override the objective – to produce results.

On the other hand, too much control can result in friction (see my post here about that subject). If things are functioning smoothly and on track, a different kind of control is called for. MacGregor’s X and Y management styles addresses this and I will too in future posts (this is also the subject of my next book “How To Light A Fire Under Almost Anyone Without Getting Burned”) so be informed that that this subject is by no means exhausted here.

In summary, here are the 7 key components of the principle of control:

The first three installments of Management 101 are available here:

I am yet in Uganda, East Africa. I spent the last two days on the road travelling up-country arriving back in Entebbe last night to discover that my internet access was no longer functioning. As of mid-day today it is still out. I have a wireless modem used here through the mobile phone providers but it is so slow I hesitate to use it. Nonetheless I have. Even getting airtime is fun. A trip downtown to the currency exchange office to but more shillings, then a walk down the street to the mobile phone office, a wait in line, then it’s my turn. Select the number of gb’s I want for a month and pay the fee while the tech retrieves the SIM card registration, gets the airtime and downloads it onto the stick. I am using the stick modem now. Thanks for your patience.