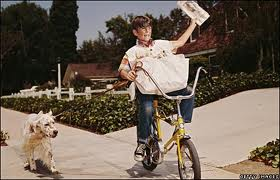 He had one of two nicknames which I had given him and I used one or the other depending on my mood. He is the sales manager of a large retail outlet at which I worked for two years on my way to retirement from working at large. (I have since “retired” but powered up a whole new engine of activities, none of them involving golf.)

As a sales specialist in my department (millwork – doors, windows, moldings, and custom components) the company established sales quotas by some unknown and obviously esoteric formula. Those sales quotas were both general and specific. In general they set an overall number of total sales expected for the month. In specific they established targets for component sales, installations, and custom orders.

The first time it happened I chalked it up by reasoning that he must be really busy. Here’s why I thought that. The sales manager would walk down the main aisle and enter each department at the same quickstep pace, just short of a run. Then he would pass behind the desk and, without slowing his pace, he would drop off three sheets of paper on which were the sales quotas for each salesperson in the department. Often, he said absolutely nothing, just dropped off the papers and kept moving. Once in a while he would mumble something like “here are the sales numbers for the month.” But he never paused, never said more, always fled the scene. That’s why he got the first label I gave him – Drive By Shooter.

In my more generous moments I simply called him the paper boy because of the way he tossed the papers onto the desk.  Can you surmise what I did with my copy?

Correct! I threw it away without even looking at it. Why? Well, I will give you the same answer I gave the general manager of the store. “If it is not worth discussing, it is not worth paying attention to. If you expect me to give heed to the numbers at all, you must instruct your sales manager to take at least two minutes and talk about them.”

Brian Wernham, in his book “Agile Project Management for Government” says that

“People are motivated by the targets they are measured against. These targets need to be collaboratively arrived at, unambiguous, transparent, and engender trust by being safe from gaming.

So, let me list out the criteria by which effective goals, whether they be sales quotas or production numbers establish and maintain their effectiveness.

Ok, there you are. Don’t sabotage your own efforts by thinking numbers on page will do for you what fair treatment and kind words will. You need numbers and numbers will reveal a good deal, but they will not and they cannot fuel the engine of productivity by themselves.