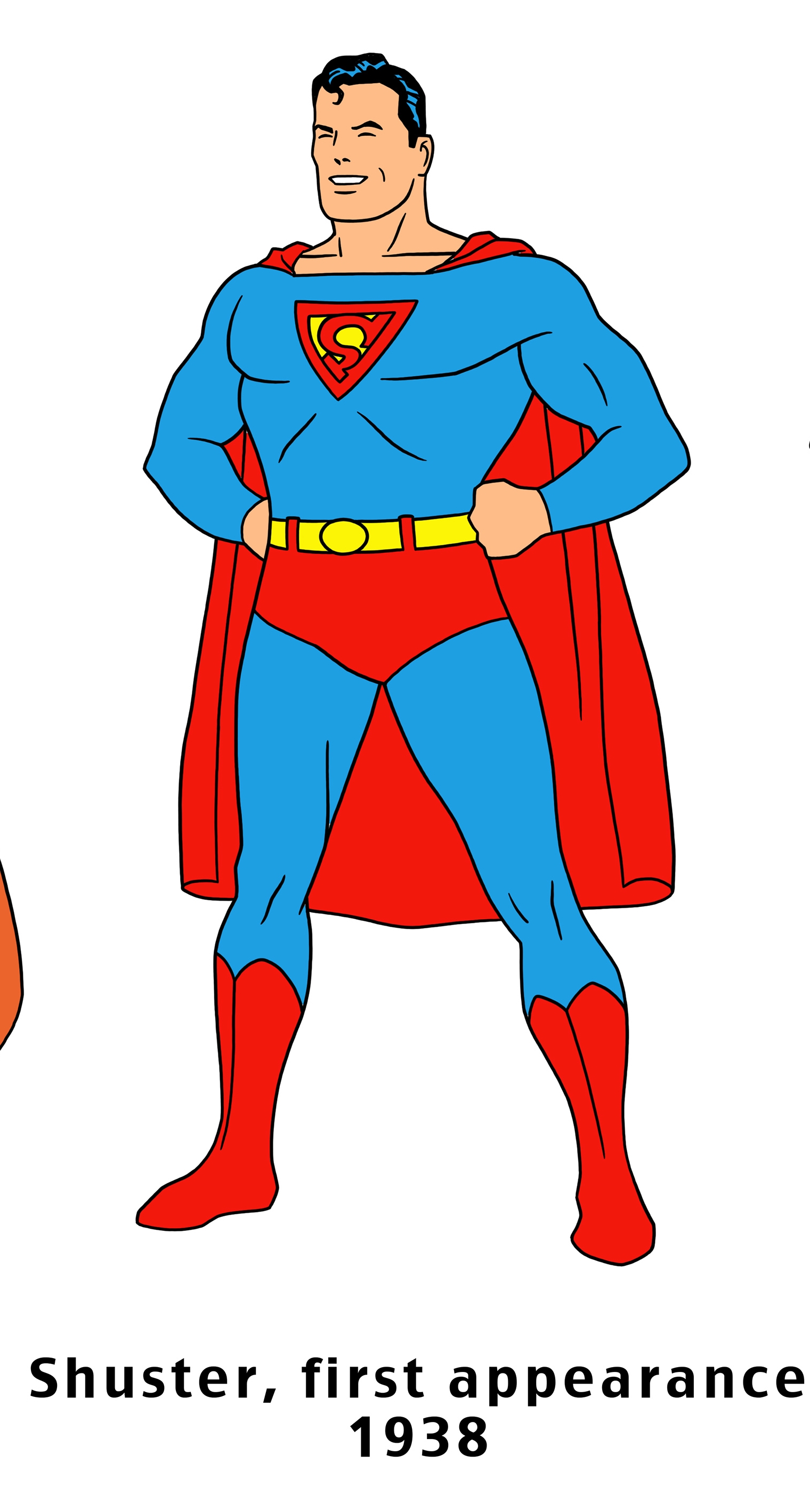 Born in Cleveland, Ohio, by high schoolers Jerry Siegel and Joe Schuster in 1933, he first appeared to the public in Edition #1 of Action Comics in June, 1938.

The son of scientist Jor-El, infant Kal-El was rocketed to Earth by his father just before the planet Krypton was destroyed. Landing in Kansas, he was discovered and raised by a farmer and his wife who gave him the name of Clark Kent.

Imbued with a strong moral compass, the boy grew into superhuman powers which he used for the good of humanity. As an adult he moved to the big city of Metropolis where he worked for the Daily Planet and met the charming Lois Lane who would become the love of his life.

Most regard Superman as the greatest superhero ever, the pattern by which all others were derived, and the standard by which all are measured. But he was not invincible.

Oh sure, he was faster than a speeding bullet. And certainly he was more powerful than a locomotive. Yes, he was able to leap tall buildings with a single bound. And if you looked skyward you might mistake him for a bird or a plane, but no, it was Superman.

He seemed, by every account to be invincible and everywhere, up to every challenge, able to overcome any and all threats, capable of conquering any obstacle.

Not introduced into the series until 1949, kryptonite took on various forms and affected Superman in different ways through the years. But whatever the form and however it impacted the man of steel, it illustrates an important and critical principle for superlative leaders.

You might think you can change the course of mighty rivers or bend steel with your bare hands. And there might be people around you who tell you it is true. But, no one is up to every challenge, no one is invincible, and no one is without weakness somewhere somehow. Only fools think they are.

Arrogance and foolhardiness are not the same as self-confidence and self-assurance. In fact, the former are perfect examples of the kryptonite flaw. Even superlative leaders have kryptonite vulnerability. It is different for everyone and affects everyone uniquely. There is a piece of the stuff out there and the best thing a superlative leader does is know that it exists, know where it will affect him or her, and know what to do to avoid it.

What’s your kryptonite vulnerability and what are you doing to prevent it from disabling you? Hint: If you think you don’t have one, you’ve just discovered the first piece of it.

Note: for those outside the US or those not old enough to remember, here’s a great clip from the original TV series: