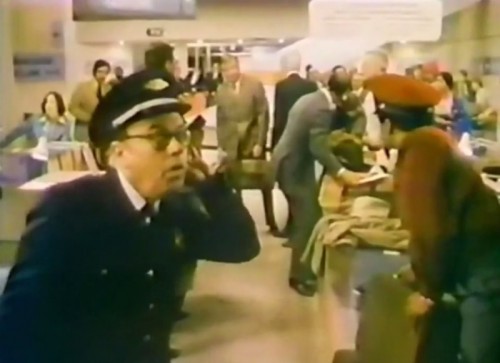 Tables were arranged in a shallow U-shape at the front of the room. It was the annual board meeting of a vintage automobile club whose members resided in almost every state. The year had not been a peaceful one when some actions taken by the board provoked considerable anger among many members.

The annual meeting was the place where opinions and concerns could be voiced and for this meeting a larger than normal number had gathered. There had been some informal communication among the number of disaffected members, but there was no formal opposition party. Yet, the discontent was strong enough that the larger than normal number had gone to the expense of being at the meeting…and they wanted to be heard.

But it’s not easy for a group of dissenters to be heard and taken seriously without a spokesman. The question was, who would that spokesperson be?

I knew of no such person. I had been part of the club for several years and was well aware of the unhappiness. Granted, there is always someone somewhere who is not happy with something, but this time it was different. The club president and the executive board had provoked a bigger more vocal outcry.

As agenda items came up and were disposed of by those board members seated around the tables, the more controversial items began to appear. One in particular seemed to have drawn the most fire. As it was read a curious thing began to happen, all eyes began to turn to one particular person in the crowd. That, I concluded, was the spokesperson. If the board could satisfy and win over that person, the rest would follow.

Why? Because that person was the person of influence. People looked to that person for leadership, to be the voice of what they were feeling and thinking, to articulate what concerned them. If a person of influence exists, movements, ideas, opinions, expectations, ambitions, dreams, and desires will begin to take shape. If one does not, they remain ill-defined, indistinct, and unorganized.

Leaders are people of influence. It is a quality that is not negotiable. If one does not have influence, one does not and cannot lead. Some of you older American readers will remember a commercial from the 1970’s for the E.F. Hutton brokerage firm. I’ve inserted one below for those too young to remember or from a region where it did not air.

The catch line for this very popular line of commercials was “When E.F. Hutton talks, people listen.” Well, that’s the simple principle. When a person has influence others watch what they do and listen to what they say.

Now for the other side of this principle. Superlative leaders know this. They understand they are being watched and they are being heard. If you knew this to be true about yourself, how would it affect you? You would realize your words and your actions have impact. So, superlative leaders use that power of influence for good. Leadership is an optic art, a fine combination of actions and words that persuade, inspire, and motivate…or dissuade, deflate, and demotivate.

When you talk, who listens? More people than you might think. You are a person of influence. Once a person accepts that, they begin to structure their words and actions so as to have the greatest effect. Never to deceive or mislead, always to inspire and lead. Others look to them to be the voice of what they feel and think. That, my friend, is you.