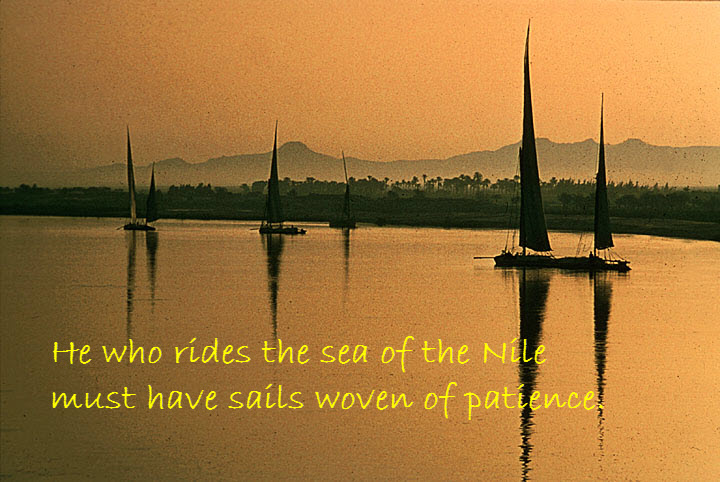 When the Second Continental Congress convened on June 7, 1776, the pressing order of business was a resolution drafted by Richard Henry Lee calling for a declaration of independence from Great Britain. It was the culmination of many months effort by the more fervent members of the Congress, the driving force being John Adams of Massachusetts.

But it was apparent that a unanimous vote could not be found. The delegates from New York, New Jersey, Pennsylvania, Delaware, Maryland, and South Carolina were not ready for such a radical and decisive step.

So, Benjamin Franklin, who strongly wanted independence, maneuvered to delay the vote, a strategy which greatly annoyed John Adams, who for a time considered Franklin’s actions to be cowardly or even treacherous.

But they were neither.

Franklin was being patient. He understood that processing change takes time, more for some people than others. He knew that those reluctant colonies were being cautious. They understood that the brunt of the force of Britain’s response would most likely come against them, a perspective which proved to be prophetic.

So, Franklin did what had to be done to preserve and assure the ultimate outcome, a vote for independence. He knew that patience was the virtue of the day and the imperative of making all things sure and certain. The greater the risk and the more consequential the outcome the more things needed to be done in order and with certainty. Indeed, it was Franklin who wrote “He that can have patience can have what he will.”

The best summary of patience I have seen is this one:

“Patience is the guardian of faith, the preserver of peace, the cherisher of love, the teacher of humility; Patience governs the flesh, strengthens the spirit, sweetens the temper, stifles anger, extinguishes envy, subdues pride; she bridles the tongue, refrains the hand, tramples upon temptations, endures persecutions, consummates martyrdom; Patience produces unity in the church, loyalty in the State, harmony in families and societies; she comforts the poor and moderates the rich; she makes us humble in prosperity, cheerful in adversity, unmoved by calumny and reproach; she teaches us to forgive those who have injured us, and to be the first in asking forgiveness of those whom we have injured; she delights the faithful, and invites the unbelieving; she adorns the woman, and approves the man; is loved in a child, praised in a young man, admired in an old man; she is beautiful in either sex and every age.”

What patience is not:

It is not inattentiveness. It may look like it at times, but it is not. Leaders are paying attention even if they don’t immediately say or do anything.

It is not ambivalence or indifference. I told all my employees that one of the biggest errors they could make is to mistake my forbearance for indifference.

It is not carelessness. Patient leaders are responsible and engaged people who make measured responses to circumstances and conversations.

It is not cowardice. Superlative leaders do not shrink from unpleasant or risky ventures and tasks, they play them out with wisdom and skill.

So why do we get impatient?

We sense we have no control or not enough control. Leaders almost always want to do something even when the thing to do is nothing or very little. The need for control might be a personality issue. Effective leaders are less concerned about controlling processes than they are about assuring outcomes.

Lack of understanding about the people we work with, the issues that the business or organization faces (culture, economy, education). Things take time, so do people. A key principle of leadership is to start where people are rather than where you want them to be. As a leader you are certainly out ahead of everyone else. There is, however, no such thing as leading from behind. That excuse is an attempt to put a good spin on neglect, incompetence, or irresponsibility. Leaders who get impatient need to step back, to look at the situation from 30,000 feet. It’s when we get too close and too engaged that we start to get annoyed over things we don’t need to get annoyed over.

Lack of planning which helps overlay a realistic timeline on the tasks to be completed. Thorough planning helps discover and highlight the very many steps that must be taken to get from here to there.

Lack of communication about what is important and urgent. Sometimes we get impatient waiting for a response when others don’t know a response is expected.

Unrealistic expectations about what can be done by when, by whom, and with what. Murphy was too optimistic. (For those readers outside North America, we have a set of adages we call Murphy’s Law. The original Murphy’s law says that “if anything can go wrong it will.”) It always takes longer than you plan, costs more than you expect, and takes greater determination to get through it. I know, it shouldn’t, but it does. We are imperfect people leading other imperfect people working with failure-prone devices and systems trying to accomplish remarkable things.

Where is patience directed?

Have patience with your associates, co-workers, employees, and customers. Look through a different set of eyes. Avoid snap judgments. The more you hammer on something the less likely it becomes that others hear the hammering.

Patience with your business brand. Building a recognizable and memorable brand takes time.

Patience with your business plan. Stay on track but don’t drive faster than conditions suggest. Processing change takes time, some more than others. Progressing through the steps means taking the steps to process through the steps.

Patience with yourself. You are growing, learning, and changing, too.

We know now that the much-anticipated June 7th resolution for independence did not actually come to vote until July 2. All colonies but New York voted for it and the rest is history. Benjamin Franklin was right. “He that can have patience can have what he will.”