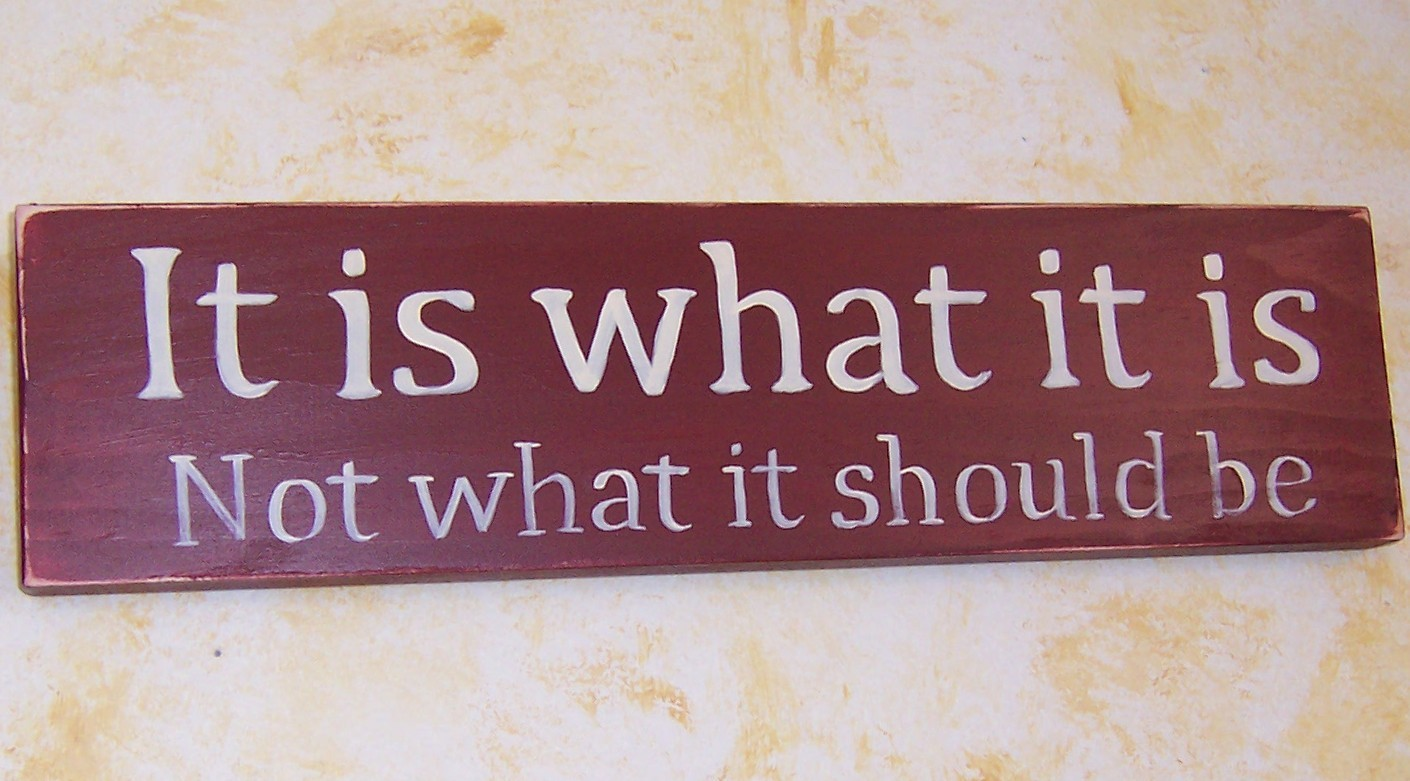 Part and parcel with the three essential skills of effective leadership – 1) Understand the times, 2) Know what to do, 3) Command action, are three immutable laws. Skills and laws are built around and support each other.

Immutable Law #1. A=A, a thing is what it is independent of the perceiver. (There is another condition which arises in the exercise of leadership that must consider the perceptions of those you are leading, but that is another story for another post). For more than a generation the prevailing philosphy has been towards subjectivism. Subjectivism is a label used to denote the philosophical tenet that “our own mental activity is the only unquestionable fact of our experience.” Metaphysical subjectivism holds that Metaphysical subjectivism is the theory that reality is what we perceive to be real, and that there is no underlying true reality that exists independently of perception.

“Hold on!”, you may be thinking, “I thought this blog was about PRACTICAL leadership not conceptual stuff.” Well, it is. I define subjectivism because it is a widely held point of view. I am not a subjectivist. The feelings, ideas, opinions, and perspectives of others must be taken into account, but they are not reality.

Reality is reality. Objectivists like myself often quote Ayn Rand:

She adds two more tenets which deal with moral intent and political philosophy and are not germaine to our discussion of leadership here. If you’re interested you can read them by going here.

So, let me bring this down to earth and make an application to the practice of practical leadership. Hitchhiking on the skill of understanding the times, effective leaders must hold the A=A law as absolute. A faddish expression these days is “It is what it is.” And, it is what it is is correct.

The circumstances in which you practice leadership have a set of absolutes that are at play all the time and another set that may vary from event to event and certainly vary from person to person. They vary because reality changes, circumstances change, conditions change, people change. Effective leaders can see them and accept them for what they are.

When you allow subjectivism to gain supremacy, when you elevate tentativeness and uncertainty to reign, leadership begins to crumble. Let me illustrate with two situations.

Some years ago I responded to an ad for a mid-60’s Pontiac for sale. The ad claimed the car was rust free and ready to roll. When I got there, I could plainly see that the entire frame holding the windshield in was rusted and in more than 75% of the places, rusted through. “I thought you said this car was rust free?” I pressed the seller. Incredibly, he said, ‘It is! There’s no rust anywhere.”

“What about this?” I pointed to the windshield.

“That’s not rust.” he insisted.

He was either lying, blind, or stupid. In all actuality, subjectivists end up being all three. They are blind to things as they really are, see them but elevate their love of the subjective above reality and blind themselves towards the truth, and sound stupid because anyone can plainly see what’s going on.

When ideology and a subjective philosophy reign paramount, events are re-interpreted to be something other than they are. Some years ago or so, an officer at Ft. Hood opened fire on his fellow officers, shouting Islamist oaths as he fired away. His actions have been officially called workplace violence when we can plainly see it was an act of terror. But the prevailing philosophy is that terror does not happen so that cannot be terror.

In leadership, an accurate and valid assessment of exactly how things are is imperative if you ever hope to find a solution, fix the problem, and move along towards your objectives. Denying reality, relabeling the facts, ignoring the dynamics will guarantee leadership failure.

It is what it is. It is not whatever you want it to be. In my blog JackDunigan.com I addressed the problem of positive thinking and how it gets in the way of finding real solutions to real problems. Denying cancer exists in one’s body or calling it something other than what it is so one remains positive will not move you along to a solution. It only delays the inevitable.

There are two more leadership laws – the law of cause and effect, and the law of influence. Next installment comes on Thursday. See you then.