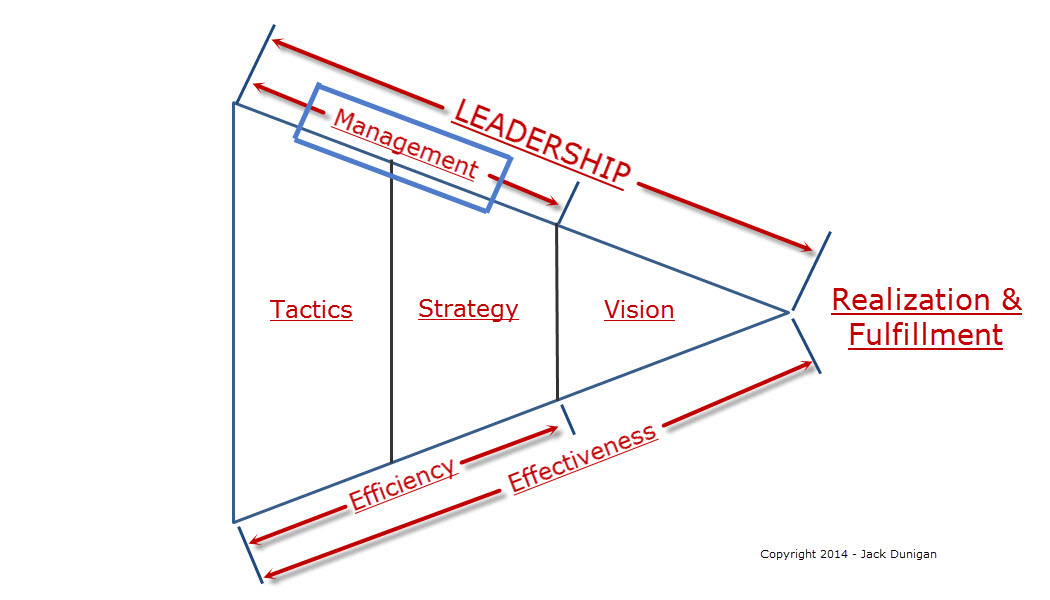 The guest speaker was seated on the stage, ready to deliver his keynote address. On his right sat the coordinator of the event, the person responsible for pulling all the many strands together to create a worthwhile encounter for speakers and participants alike. On his left sat one of the other speakers, a man who was known for his mystical, creative nature.

For several minutes the guest speaker engaged in close conversation with the coordinator who, without complaining, detailed the challenges he’d faced as administrator. He listed the many decisions to be made, the many components to secure, the many people to manage. As he concluded, the keynote speaker turned to the man on his left, the mystical sort of fellow.

“Isn’t this just wonderful,” he said, “how these things just magically come together.”

Two entirely different perspectives, one from a leader and manager, the other from, well, from someone who obviously is not a manager or leader.

All who lead, all who work in the trenches, wish there was a magic word, an abracadabra sort of word we could pronounce that would take what we’ve spoken and make it a reality.

The etymology of “abracadabra” is by no means precise, but in the Hebrew rendition of the word, it means “it came to pass as it was spoken.” The Aramaic root is quite similar. So, for the purposes of the topic under discussion today, something in that general meaning will do.

I’ve been writing and emphasizing the leader’s role in defining and articulating vision for the group. It is incumbent upon the person in charge to speak forth what the future will be like. This is the very incarnation of “vision.”

But there is no magic work to suddenly and effortlessly make it “come to pass as it is spoken.”

But there is a magic word to make it happen; one word that will indeed make your vision a reality.

That word is “planning.”

The first in the POTCC mantra – Plan, Organize, Train, Control, Coordinate – planning is the one thing that keeps a vision from being nothing more than a fantasy.

I could compose my own definition of the word, but the one offered by the BusinessDictionary.com works very well.

“A basic management function involving formulation of one or more detailed plans to achieve optimum balance of needs or demands with the available resources. The planning process (1) identifies the goals or objectives to be achieved, (2) formulates strategies to achieve them, (3) arranges or creates the means required, and (4) implements, directs, and monitors all steps in their proper sequence.”

See how the role of leadership takes on the requirements of management in the implementation of strategies and their supporting tactics in order to reach the vision. So it is with your job. Leaders lead but they manage too.

To believe that “these things just magically come together” is to lapse into the world of illusion, delusion, fantasy, and to be negligent of your duty and responsibility to yourself, your company, its customers and constituents. It won’t just magically occur because you say so.

But it will magically occur because you do so.

I once told my son that consultants and coaches are often regarded as wizards because they know things that mere mortals don’t. Often we look for magic formulas or shortcuts but in truth the “secrets” are as old as life itself. So, what are they? What do I need to do to make my vision a reality?

Those secrets come on my next post. Okay, maybe those secrets are not so secret, but they are processes most successful leaders do intuitively. I’ll list, define, explain, and review them next. See you Monday.