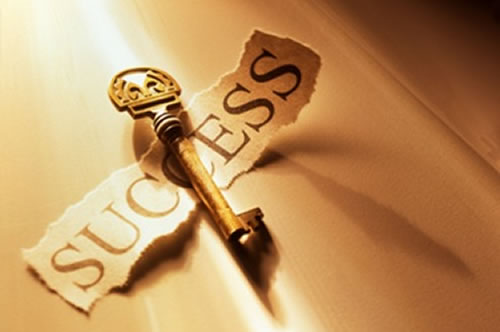 Hi, this is Jack Dunigan of thepracticalleader.com, and this is episode number eight in our series The Secrets to Success You Don’t Know That You Already Know. Today we’re going to learn why it’s sometimes right just to move on. Standby.

For today’s success secret we’re going to focus in on the world of rodeos in general, and in one particular sport in rodeos in particular, and that’s the sport of bull riding. In the picture you see on the slide there, there’s a gentleman, cowboy on that bull. They’ve opened that gate. He’s going to stay on that bull for eight seconds. Now that eight seconds probably seems like an eternity, and you and I both have been on jobs that seemed like an eternity, even though it was only eight seconds, only a short period of time. But this guy is judged, he wins, not only because he gets on the bull, not only because he starts the event, not only because he finishes the event, but also by how well he does in between the start and finish. We are too, and a successful person understands that. That there’s a start, there’s a period of time where you do as good as you can on the particular job, and then there comes a time when you finish. That’s what we’re talking about today.

We’re looking for eight, and only eight. Every event in life has a limit. It has a beginning, and has a middle, it has an end. It has things that happened between the beginning and the end, but it’s only eight. And that idea of only eight is an important one that successful people understand. That they’re embarked on the long haul, on their entire career is made up of a number of sequences all of which have a specified time limit. We don’t always know what the time limit is, but we can determine what that time limit is. And there’s times when it’s time to move on.

Now for everything there is an eight, nothing lasts forever. Nothing should last forever. It’s rare these days to stay at one job your entire career. There was a time perhaps, in our past when that was the case, but not so any more. People take a job, they do well on the job, they move on to another job. For everything there’s an eight. We give it a good ride, we do our absolute best all the time.

In one of the earlier success secrets I talked about being all in, all day, every day. Successful people do that. They don’t slack off, they don’t just get by, they do their absolute best, but they understand that that absolute best doesn’t always last forever in one spot. You’re not really the recipient of a job, you’re a participant in that job, you take an active role. You just don’t put in your time and draw your paycheck, you take an active role in building your entire life and your entire career. And you never let others determine the limits of your life or of your career.

You may feel you’re stuck in a job, but I’m here to guarantee you that is not the case, and you should never limit yourself either. You might, in your thinking, believe that you’ve done as well as you can do, you’ve gone as far as you can go, and that probably is the case in that particular opportunity. You give it all you’ve got, but you know when it’s over. Sometimes it’s time to move on. Leaving is not quitting. I’m going to say that again, leaving is not quitting. You have come to the end of the eight and it’s time to go on. It means you’ve done all you can do in your eight right there. For every beginning there’s a finish, for every finish there’s another beginning. That’s success secret number eight, sometimes it’s right to walk away.