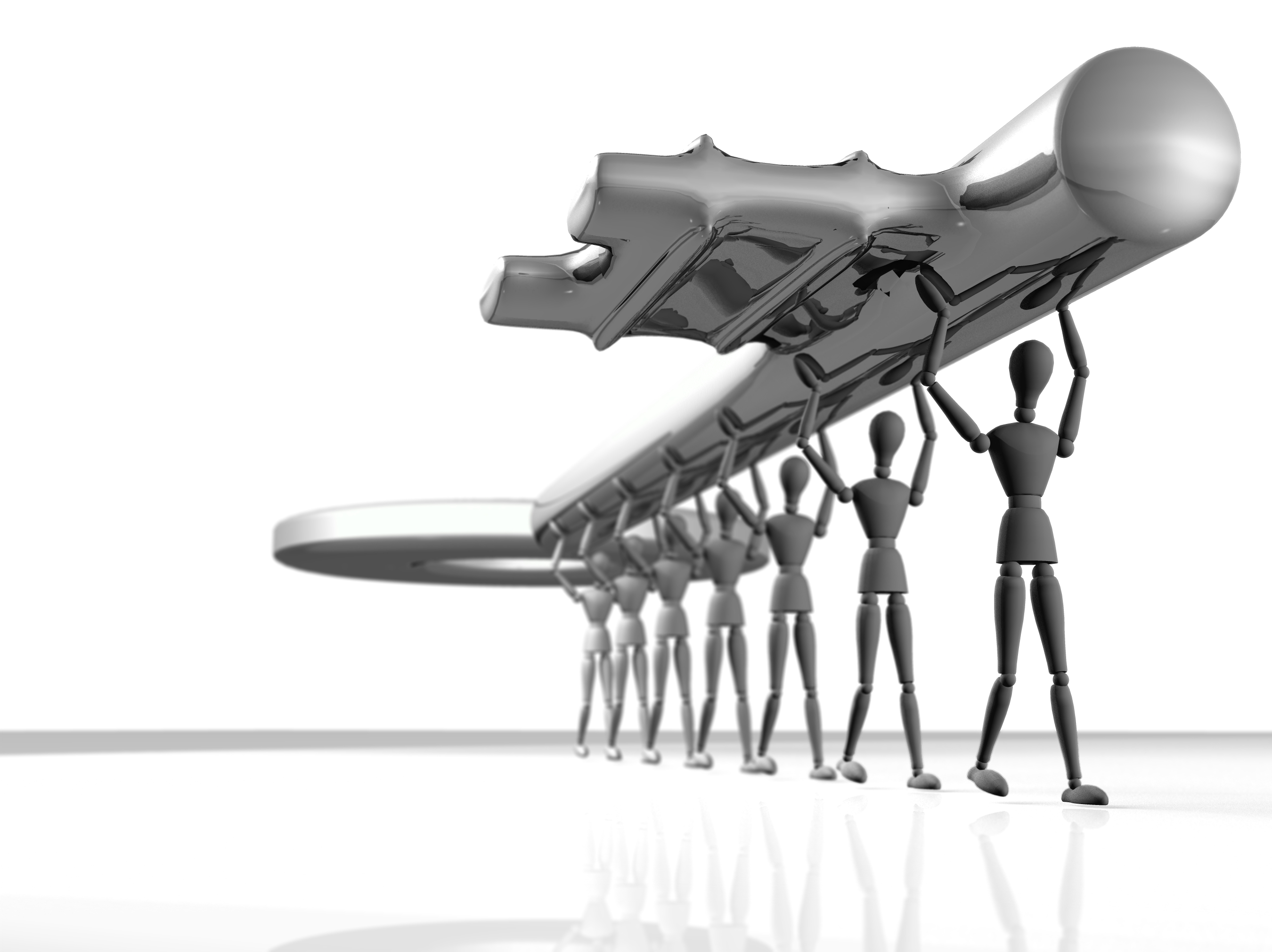 Studies have shown that 2 weeks after hearing a lecture, only 2 people out of 100 will have even a vague idea of what you said.  Discouraging, isn’t it? Lecture may be the most efficient way to transfer information to your listeners, but it is one of the most ineffective ways. Effective leaders are learning to reduce the amount of material they cover in a class or seminar and focus on a smaller body of information using other methods of teaching to increase their listener’s rate of retention.

One way to do that in small groups is to assemble the class in clusters of 4 or 5 and assign them some cooperative project relevant to the subject of the class. I sometimes distribute large 2′ X 3′ sheets of paper and ask the class to make a drawing  which illustrates the point I want to emphasize.  Not only will a project of this type reveal to you how well the group has understood your teaching, it will also reveal how well the group can work together, if at all, and it will show you who, if anyone, will emerge as leader.

When you’re working through others, you need to know how to determine a group’s potential to accomplish a task.  You may have some experience with one or more members of that group, but little or no experience with the members working together.  In the small group, dynamics that reveal the group’s capacity for accomplishment and the evidence of leadership in one or more people will begin to emerge.  When you use small groups as a teaching device, you will play three roles as leader:

DIRECTOR – giving clear, concise directions. State the reason why the activity should be done. Describe what the learners should do giving some examples of the expected outcome.

GUIDE – keeping learners on track. Involve those who only watch. Tell them what to do and show them how to do it, but don’t do it yourself. Let them do it.

ARBITRATOR – stepping in when learners get on the wrongtrack. Ask them to limit their response to what’s relevant. Encourage them to offer positive alternatives.

Once you give the groups an assignment, circulate among the groups and see what they do.  You will witness the groups go through as many as 5 stages in their development.

Stage # 1. Polite – as the group forms, there will be initial introductions and small chatter. If you’re working with a group of people who are mostly strangers and they are seated in rows, have every other row turn back to work with those immediately behind them.  The most threatening area for most is behind us where we cannot see. If you’re working with people who know each other, the chatter will quickly by-pass the polite stage and move into the next.

Stage # 2. Why are we here? – There will be some confusion as the group begins to sort out the perceived reasons for which they’ve been asked to form a group and what they are supposed to do. If there are any leaders in the group, they will begin to emerge at this point when they articulate what the group is supposed to do.

Stage # 3. Power Play – Often more than one leader emerges and there will be some friendly conflict as the bulls joust for pre-eminence. One leader will conquer, determine what the group is to do, and move the group toward productivity.  If one bull does not conquer, or if there is no leader in the group, the group will not get beyond this stage. It will instead regress into chit-chat. If an overly dominant leader emerges, he will cause others to quickly become inactive as they yield to him or her.

Stage # 4. Constructive-Productive -In this stage the group actually works on the assignment and gets something done. It will take about 30 seconds to 1 minute per person in the group to arrive at this stage and a few more minutes to complete their assignment.  This stage is the most you can expect in one meeting.

Stage # 5. Unity – If the group will work together for several days a more cohesive unit will form.

Try a few small group activities and see how they work for you. I believe you will discover how much more your listeners learn in a short time.

Let me know what you find out.