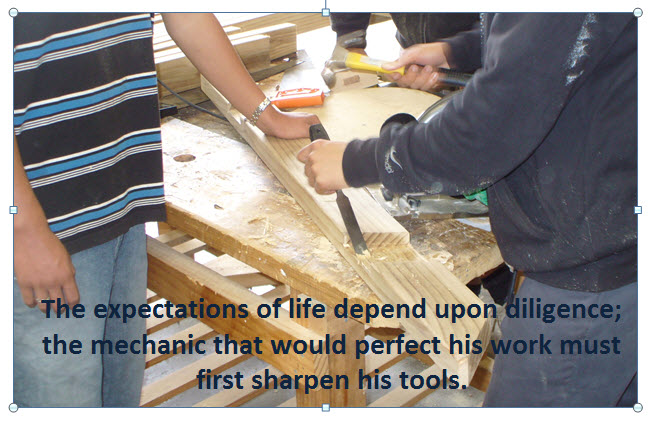 The son of a handloom weaver, Andrew Carnegie was born in the Scottish village of Dunfermline, Fife, in 1835. In 1848, at the age of 13 he, along with his family immigrated to the US where they settled in Allegheny, Pennsylvania. He went to work in a factory earning the princely sum of $1.20 a week.

A year later he found a job as a telegraph messenger. In 1851, he had learned Morse code and became a telegraph operator. It was on to a position at the Pennsylvania Railroad in 1853 where he worked as Thomas Scott’s, a man with considerable power in the company, as assistant and telegraph operator. That association taught him about business in general and the railroad business in particular. By 1858 Carnegie was promoted to superintendent.

He was making enough money to begin investing some of it and did particularly well in oil. By 1865 he was doing well enough to leave the railroad and devote himself to his own businesses. For the next decade he focused on steel and over time became the largest steel manufacturer in the United States. Carnegie Steel became the largest in the world by 1899.

Like most great leaders, he had his less than noble side, being accused of exploiting workers. But his later years are noted for philanthropy and his devotion to funding libraries, some 2800 of them around the country. In 1899 he wrote an article called “Wealth” in which he advanced the need for those with great wealth to be socially responsible. In 1900, it was published as book titled “The Gospel of Wealth.” (You can read it online here, it is not lengthy.)

He was able to achieve fame and fortune even when life was hard and unaccommodating. How? Through unwavering and diligent work.

Superlative leaders are not lazy. They always engage life, attack obstacles, and maintain movement. Diligence is one of those qualities that is not very glamorous, after all it means “constant and earnest effort to accomplish what is undertaken; persistent exertion of body or mind.”

Benjamin Disraeli, who twice served as Prime Minister in Britain, said that “Diligence is the mother of good fortune.”

Samuel Johnson  wrote that “If your determination is fixed, I do not counsel you to despair. Few things are impossible to diligence and skill. Great works are performed not by strength, but perseverance.”
And Antiphanes said that “Everything yields to diligence.”

King Solomon wrote that, “The hand of the diligent shall rule, but the slack hand tendeth to poverty.” (Proverbs 12:24)

Diligence is not just hard work. It is hard work with an attitude, for a reason. The hand of the diligent shall what?

Recognizable and productive leadership awaits and the price is more than worth it.