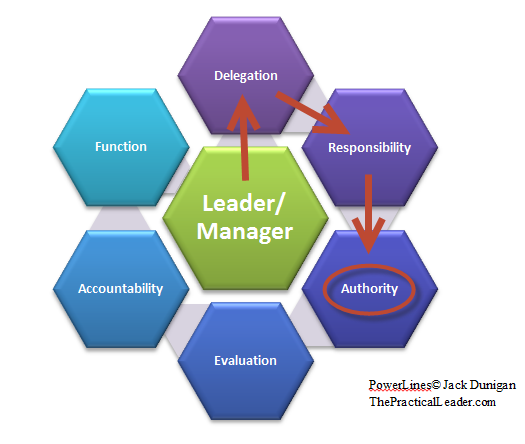 The circuit is completed when the power flows from the generating plant through the lines into my house into the adapter and into my laptop which completes the circuit by running it through the computers many components and back to ground. Since the generator is connected to “ground” the circuit is complete and made so when the power converts electrical energy into another source of energy which yields the desired results. My document is written and posted where you can read it.

Power without a complete circuit goes no where. The energy remains in the line until work is performed. If there is a short, there are lots of sparks and consequential damage which prevents the completion of work.

Ok, enough about the dynamics of energy transfer. How does that apply to us as leaders and managers?

The power starts somewhere, probably with you. But you might be a component along the way and get the power from someone farther up the line – your boss, supervisor, or board of directors. Your personal engine of competence can’t do everything so you’ve hooked up more tools and are delegating to them this job or that.

By now we have covered the first two components in the distribution of power throughout your department, company, or organization – Delegation and Responsibility. This unit in the series will address the concept and practice of Authority. Delegation is the power outlet, the wall plug-in that connects the power source to the device. Responsibility is the purpose of the device, the reason it’s connected at this time because it specifies its purpose. Authority is the flow of power.

I am a user of BusinessDictionary.com. If you haven’t used the site, take a quick look (wait until after you’ve finished this article, please). Definitions found there are contextually inclusive for those of us in business or organizational settings. I like what they say about authority:

1. Institutionalized and legal power inherent in a particular job, function, or position that is meant to enable its holder to successfully carry out his or her responsibilities.

2. Power that is delegated formally. It includes a right to command a situation, commit resources, give orders and expect them to be obeyed, it is always accompanied by an equal responsibility for one’s actions or a failure to act.

They agree with me. Authority is forever and always tied to a job, function, or responsibility and it is consequential. It carries with it rewards or penalties.

You know how packaged inside the box of every new appliance there is a list of cautions and directives you are warned to read BEFORE using the device? Well, here is my list of ten things to remember before you start connecting people and handing out responsibilities.

Authority, then, is official or traditional sanction for individuals occupying specified positions to perform certain directive tasks. Malcolm Forbes has said that “Those  who enjoy responsibility usually get it; those who merely like exercising  authority usually lose it.” I concur.  What experience you have had when delegating jobs? How did it work out?

Previous articles in this series:

The Gentle Side of Force

The Six Principles of Delegating