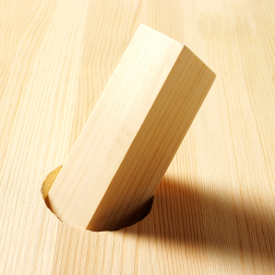 When I lived in the islands, I learned that almost all luxury yachts in the world are finished by women…and the reason is NOT that they will work for less money.

No, luxury yacht builders use women because more of them are temperamentally suited to detail work that most men find tedious and boring. Jobs require skill sets strengthened and validated by temperament.

I hired many people who could sand and finish, but there were two or three who were exceptional and I kept them busy at that phase of the job. One, FYI, was a young man who came to me while he was still in high school. On St. Croix there is a technical high school for training aspiring tradesmen and women to get jobs and the school did a very decent job at it. Their hospitality and catering school was exceptional. Another department was their boat building school, ran by a friend of mine who happened to have been Sean Connery’s stunt double for the underwater scenes of Thunderball. How cool is that?

I hired the young man part-time and put him on fulltime as soon as he graduated. I could depend on him for the steady, slow, fastidious detail work of finishing. His temperament complemented his skill set and made him a keeper.

The two sides of personality are character – our set of habits – and temperament – our set of inclinations. Every living creature has both. Foxes raid hen houses because they are inclined to, beavers build dams, because their habits are developed by genetic inclinations.

There have been lots of studies and theories proposed for the analysis and categorization of temperament. Astrology is one (it fails however, when it tries to classify everyone born in a certain time period as having the same inclination which abruptly change in those born one day later.) Psychologists and psychiatrists, both professional and amateur, have their favorite explanations, none of which should be taken as the gospel.

Temperament is a disposition, an inclination towards certain interests and attitudes that reinforce the development of habits which “characterize” a life and a lifestyle.

Some are inclined to be patient and steady in the face of abuse from unruly customers. Others would sooner commit a felony. Some are slow and methodical, the right temperament for certain jobs like detailing or detective work, while unsuited for others. Some favor autonomy and ingenuity, others prefer consensus and collaboration. Some like starting up new projects but hate with a passion the grind of managing those systems.

See, you thought you just had to find someone who could meet the skill set of the job. But if you want them to stay around, not get bored, not become anxious to move on, not feel either overwhelmed or underwhelmed, then you have to consider temperament. As a certified user of the Taylor Johnson Temperament Analysis I found the procedure to be helpful in finding whether a candidate might be a good fit.

Here’s a useful exercise. Take every position in your company or organization and analyze the temperament needed to be a good fit. List out the criteria that would indicate that temperament.  If that proves too difficult, start the other way around. List out the tasks and attitudes that are demanded and derive from that list the temperament you should look for.

When you get a match, either deliberately or accidently, that person is a keeper.

Keeper trait # 10 – truthfulness is up next. See you after the holiday weekend. No post on Monday, I’m not going to be near a computer. Hope you aren’t either.