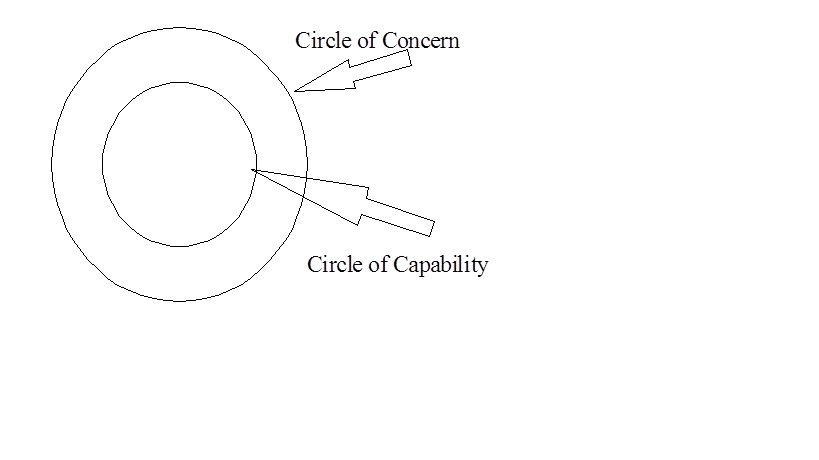 Robert’s second floor offices are crowded with papers, files, memos, phone messages, charts, and project plans. On his belt hangs a smart phone. A secretary in a front office handles the business telephone, which rang a dozen times in the few minutes I sat with him.

He is a busy, busy man, and not without reason. Robert is singularly responsible for the redevelopment of downtown districts in two small cities, for creating an arts district in an neighborhood of blight, crime, and decay, sits on the boards of a half-dozen more companies and foundations, and has taken his organization from nothing to something significant in just a few years. He has done so for two central reasons:

First, he is a very capable person – his natural gifts, post-graduate degrees, personable manner, and skills honed through considerable experience equip him to accomplish much.

People possessing abundant personal attributes, like Robert, expect much of themselves and consequently require much of others. They have placed high demands on their time, drawn deeply into personal reservoirs of strength and skill, and pushed themselves (or allowed themselves to be pushed by the opportunities presented to them) to the limits of personal talent and stamina. Because of their abundant personal attributes, the Roberts of the world think farther ahead and at a deeper level than almost everyone else. They are usually quick studies, grasping new ideas and possibilities with ease. They get a lot done in a remarkably small amount of time. The Roberts of the world seem to be able to do everything.

However, this both reassures and intimidates co-workers. It inhibits others from getting involved because they consider their abilities to be no match to Robert’s and therefore of little possible use to the project at hand. So they are reluctant to offer their assistance. A superman-like atmosphere implies to others that Robert has the task well in hand and has no need of their assistance to the point they don’t even offer.

So his abilities have brought Robert to an advanced level of success which has filled his plate with responsibilities. He simply cannot work any longer or any harder. Therefore, working alone, Robert’s abilities have produced an enviable level of achievement but at the same time almost certainly preclude further success. He will neither be able to maintain his present level of activity (too hectic and demanding) nor expand to new regions of interest or need (not enough time or energy).

Secondly, he is a very concerned individual – his is a big world, a world of many personal interests and ambitions, a wide circle of people, events, circumstances, and conditions he wants to impact professionally and participate in personally. He is not content to put in his eight hours and go home to vegetate in front of the television. He is a participant, but not a meddler.

Participants involve themselves because they are concerned about OUTCOMES; they want to better the world in which they live, the company or organization for which they work, the people to whom they relate. Meddlers, however, involve themselves because they are concerned about CONTROL; theirs are issues of power, domination, and manipulation. They get involved because they consider their participation to be a buy-in enabling them to interfere in the affairs, techniques, methods, systems, procedures, processes and to some extent, the very lives of others.

But this is not Robert. Robert is concerned for the right reasons. He is a caring person. He likes people and wants to enable more people to live better lives.

So he works hard at it. Regardless how hard he works, his circle of concern will always be bigger than his circle of ability. I went to see him because everywhere I inquired in the city, Robert’s name popped up. “You need to meet Robert,” I was told. His reputation is excellent , his successes obvious, his role in the community crucial. I scheduled an appointment to learn more about this leader and the reasons behind his successes. I wasn’t disappointed. As we talked, he reviewed his many achievements, responsibilities, and ambitions. I wondered how well and how much he employed the talents of others. What I discovered was no surprise because it is so typical of so many leaders in every field.

It isn’t that he has no choice but to shoulder the workload alone. He has always worked in a group setting where the responsibilities were greater than one person could manage alone. In each and every setting there have been those who have offered or been directed by superiors to assist. Some have done so more successfully than others.

In his present position, Robert stepped in at the infancy of the company and built it to one of significance and considerable effectiveness. So he finds himself in the top position of a smallish organization, and for reasons discussed below, can afford to determine who will work with him, with whom he will work, and what those workers will do. By deliberate choice forged on the anvil of circumstance and under the hammer of experience he mostly works alone.

I don’t mean to imply a hermit-like seclusion from the world, laboring away in some dark, musty room surrounded by stacks of books, papers, and empty take-out Chinese food cartons. Robert’s work environment is one of bright, well-trafficked offices, gaggles of meetings, close associations with government officers, bankers, and board members, jangling telephones, zipping printers, and taps on the door. He works with lots of people. Except for his clerical staff (which I refer to as a tactical team) those other workers plug away on their own projects steadfastly pursuing their own objectives.

As to Robert’s circle of responsibility and concern, well, he handles that alone. When someone offers to come on board, to join the team believing they can make his organization even more successful, Robert declines the offer. He surveys the challenge of informing, training, motivating, and managing another person and is convinced, because his experience at developing and deploying associate workers has apparently failed, it is easier to do it himself. When I met with him it was apparent that doing good was not good for Robert. He had tried, and failed to light a fire under others. Either some just would not ignite, or, more often, he’d been burned by well-meaning, well-intentioned associates. They had let him down.

Robert’s success has pretty well put a lid on greater success because he has not learned to light a fire under others without getting burned. Would you like to know how? Come back to this blog on Thursday for the next installment in this series