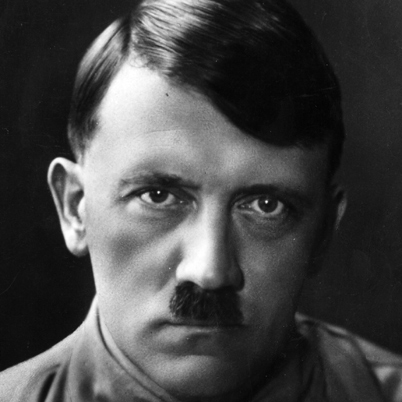 Leadership as a topic can be completely separated from concepts of good and evil. Leadership in its execution has been used for both. There is perhaps no more certain contrast of this than in the parallel administrations of Adolf Hitler and Winston Churchill.

One used his considerable skills of leadership to bring most of the world to the edge of annihilation, the other to stop it. One employed the techniques that typify exemplary leadership to call out the worst in human behavior, the other to call out the best. Like courage or sincerity, leadership as an act is morally and ethically neutral. True enough, admiration for leaders and validation of their leadership does often depend on the outcome, but there can be no doubt that the components of leadership are the same however it works out. While failure can often be traced to poor leadership, effective and competent leaders fail too, witness the fall of the Third Reich.

One may be a great leader while being a despicable human being. The two are not mutually exclusive.

In the case of Churchill versus Hitler, both were sincere and brave in the advancement of their beliefs even though Hitler’s were loathsome. Both were opportunists, taking full advantage of time, history, and circumstances to propel themselves into positions of power, garner a following, and motivate them to do their bidding.

It is the leader’s use of words to draw on the emotions of their listeners that seem to make the difference between effectiveness and ineffectiveness. One moved his nation forward toward light and victory, the other towards darkness and defeat.

Leaders do so by appealing to emotions which, throughout history, has remained remarkably limited and amazingly constant regardless of the times or the culture.

Take for example, Pericles Funeral Oration spoken at the public funeral of those who died in a war in which Athens was still engaged. Compare that with Lincoln’s Gettysburg Address and you’ll discover the parallels in principle are remarkable even though they are separated by millennia.

Leaders have  the power of persuasion. This is usually achieved by what the leader says and how s/he says it. In my work on the Navajo Nation in the southwestern United States, I soon discovered that there is no Navajo language equivalent for our English word “leader”. A “leader” in the Navajo nation is an orator, one who speaks eloquently and persuasively. Well, there you have it. A leader is one who can move a crowd.

That phrase – “move a crowd” – points out another component. Not only can a leader speak well, but s/he can motivate listeners, inspiring them to “move” from where they are in their thinking and actions to something else. Demagogues do this very well.

I will go so far as to say that when a person in a leadership position becomes silent or fails to say something, s/he is moving away from leadership. There is no such thing as leading from behind when a “leader” falls silent. The label “leading from behind” is employed when a leader has screwed up and not been out front as the job demands.

Churchill spoke, spoke very, very well. So too, did Hitler. They both possessed charisma, that compelling charm or appeal that inspires devotion in others. Once that charm has worked its spell, the leader can convince and inspire people to do more than they ever thought of themselves.

Followers willingly accede authority to a charismatic person. Willingly! Followers grant to their leaders authority over them and give their money, time, attention, talent, efforts, even their very lives. From our vantage point, we can sit in judgment of those who caved in to a monster like Hitler, but in those times what he said, particularly in the beginning as he began his ascent to power, seemed entirely reasonable and held obvious appeal to the masses in Germany. They did not know, probably few even considered, where it would lead.

James MacGregor Burns wrote “One of the most universal cravings of our time is a hunger for compelling and creative leadership.” Time and again it has led to disaster. France cried out for leadership from Napoleon in 1799, Russia looked to Lenin in 1917 and doubled down with Stalin ten years later. No less than 13 million Germans voted for Hitler in 1932!

But it works out well too. In the US we can point to the leadership (words and oratory) of Thomas Jefferson, John Adams, Samuel Adams, and the others who persuaded reluctant colonists to throw off England’s mantle. Then there was Abraham Lincoln, the skills of speaking found in Franklin Roosevelt, the popular appeal of Ronald Reagan who won 49 states in 1984 (Richard Nixon won 49 states too and we know how that turned out). Even Barack Obama, who won considerably less States in both his elections, is obviously a gifted orator.

Limiting our discussion to only the manifestation of the acts of leadership there is lots to say, and I intend to pursue the subject. I want to emphasize right now that my pursuit of this subject has no reflection on my personal political beliefs and should not be taken as such. I intend to explore the subject on the terms of effective leadership skills. History is better at qualifying the results and we will rely on it to do so.  (If you’re curious, and promise not to let your political beliefs persuade you to abandon this blog if they conflict with mine, you can read my columns at TheAmericanPhilosopher.com)

So the next series begins later this week –  “POWER PLAYS – the components of leadership and how they are used to inspire and motivate.”

Here’s a brief outline of what I will cover: