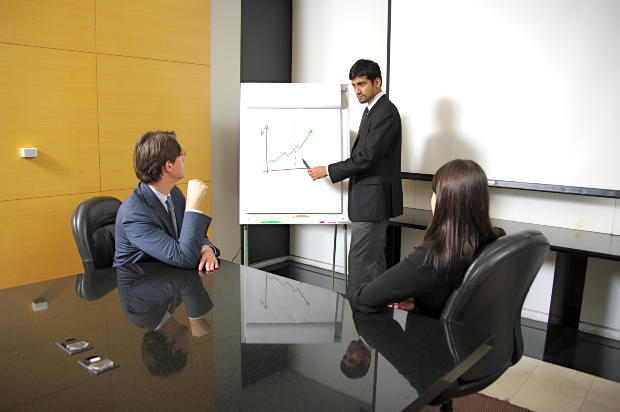 All of us have a favorite approach, even though most of us have not identified it nor do we consciously apply it. Like talents, our favored, most often used management/leadership style is a natural response, the one on which we most often rely. We can, with education and training, learn other styles and apply them with varying degrees of success. This is where a strategic association comes in. Strategic associates can both point out our favored style and provide additional approaches to management in our reach for the outer limits of our circle of concern.

This is not a series on management/leadership styles so I won’t explore them in depth just yet (coming though). However, a brief description should provoke you to begin the process of identification of the one(s) you most naturally apply. At the risk of over-simplifying a complex subject, there are four basic approaches to leading/managing others. Two relate to task effectiveness, that is, getting things done. Two favor relationships, that is, getting people involved.

The “hands-off” style supports task effectiveness although in a peculiar way. Hands off leaders are nearly disengaged from the work process. They lead by not leading, believing their absence or lack of participation will create a vacuum thus forcing others to get involved. This can be ineffective but there are times when it is the best thing to do. If you have an associate that is ready to take on more responsibility, your withdrawal will push them into action. The hands-off manager leader typically withdraws, postpones, and avoids responsibility. Only the most self-motivated, self-directing people will put up with it for long. Conversely, highly motivated, capable, and self-starting people actually like a hands-off manager. They tend to regard participation by a manager or supervisor as interference and welcome his or her distance.

The “hands-on” manager/leader is so focused on objectives to be reached and efficiency of operations that people are often considered to be objects. Task oriented manager and leaders regiment, judge, and reward or punish behavior. They are often considered control freaks, especially if they seldom or never manifest another style. This type of manager/leader will have a difficult time adding others to a strategic partnership for long, but when the chips are down and a drop-dead crisis is approaching this is exactly the type of style needed.

“Let’s talk” manager and leaders concern themselves with people more than projects. They are most dedicated to getting everyone involved. They tend to entertain, want to have lots of fun, avoid judgement (even when a little discernment and direction would be helpful), and they often seek approval. This style can be misinterpreted. Rather than assuming the partnership is capable and self-directing, person-oriented manager/leaders can assume the group is fragile and needs them to provide cohesion and support.

“All work” manager leaders seem to include all the above, but they typically are a bit more task-oriented than not. They are totally involved in the workplace and the work process. They typically initiate participation, involve others, assimilate ideas, reinforce behavior, and solidify conclusions and decisions. This style can be put offish to some who don’t want to be more than casually involved or those who are self-starting, self-directing, self-motivating.

At either end are two styles most ineffective and irritating, but they bear mentioning. There is the slave, a person who serves at the beck and call of everyone they work with. It can hardly be called a management/leadership style because it neither manages nor leads. It lets everyone else do so. Slaves cannot build a strategic partnership because they cannot find the time or energy to do what’s important to themselves. They are quite occupied doing what everyone else wants done.

Then there is the martyr. Similar to the slave, this person works very hard and does what others won’t, but they are quite vocal about it. The martyr uses their hard work and willingness to help as a lever to meddle in everyone else’s affairs and make them feel guilty for not doing what they, the martyr are quite willing to do. Gifted manipulators they, martyrs cannot build an effective strategic partnership because they won’t claim responsibility for their own desires and objectives. They have them, they just won’t or can’t let anyone think they would ever do anything so selfish and self-serving as pursue a personal goal. I’ll discuss this in depth in the chapter on motivation and manipulation.

Why Do You Need Others?

If you are ever going to engage the outer limits of your circle of concern, you will have to employ and deploy others. The talents with which you were born, the time granted to you, the personality developed within you, and the management/leadership style manifested by you have brought you to the point of success and the brink of exhaustion. You might have even tried to assimilate others into your partnership of assistants. You have probably done so with varying degrees of success. The first and most critical concern is selecting the right people, ones who will indeed facilitate your success. There are people who will extend your reach, multiply your effectiveness, and divide your work. If you’ve tried to light a fire under others before and gotten burned, then read on. There is an easy and simple method for determining who to recruit.

Here’s A Simple Task That Will Extend Your Reach Right Now!

Retrieve the lists you made at the conclusion of the post “2 choices & 3 tasks to change your life today”.

Review each name on the list of people you can immediately conscript. For each one answer the following questions: