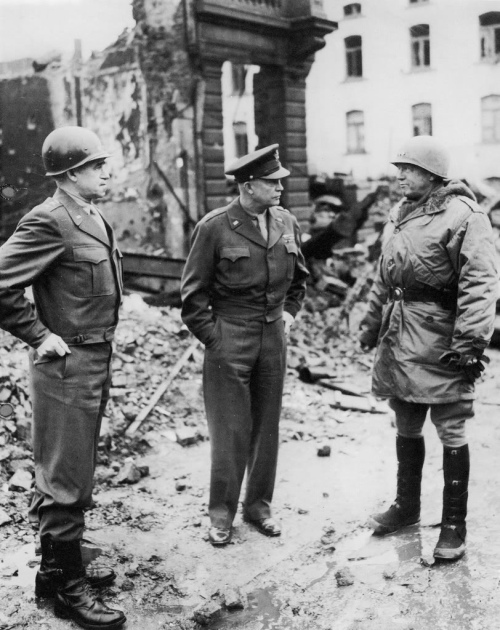 I watched an enlightening program yesterday on the Battle of the Bulge. After successfully breaching the “Atlantic Wall,” as the Nazi defenses were called, Allied forces had the German army on the run. By December, 1944, things were going very well for the Allies and very badly for Hitler. It was the concerted opinion of Allied commanders that the German Army was incapable of mounting any kind of major offensive and it would be a matter of days before the war ended.

Aficionados of the intelligence game like me find what happened fascinating. The Battle of the Bulge should not have surprised anyone. There was plenty of intelligence to point to a major German offensive and to locate the place along the front where it would occur. Bletchley Park, the British code breaking unit, captured plenty of coded radio traffic and decoded it. Intelligence analysts interpreted the gathered data and concluded that a major offensive was in the works.

The generals, Eisenhower included, decided that the intelligence was wrong and that the enemy was incapable of an offensive of that size.

For weeks I’ve been writing about vision and strategic planning. The third element in the process, tactics, will come up soon.

Strategic planning does no good if you won’t listen to the intelligence. The people around you, the consultants you hire, the analysis you pay for, the statistics you gather are a waste of time and money if you can’t trust what they say or refuse to acknowledge that what they tell you runs counter to what you want to believe.

Success is its own best validator and its own worst enemy. Generals Bradley, Montgomery, and Eisenhower all had significant and sufficient resources warning of what was coming. All of them ignored it, discounted it, and/or refused to believe it.

“Okay,” you say. “That’s all well and good, but that’s the military. I run a business.” If you’ve been reading my posts for awhile you’ll know my affinity for hiring military people to work with. They’re mission oriented and strategically trained. Those skills are imperative for business.

I have another favorite show I’ve watched often. It’s called Bar Rescue. An experienced bar business consultant responds to a bar owner’s call for help with his/her failing bar business. The bar rescue guy sends in undercover people to gather what? That’s right. Intelligence! Why? Because if you want to know what to do you have to know what is being done. Incredibly, many of those bar owners discount or dispute the evidence found by the consultant even though their businesses are failing. If you want to know what will be you must know what is. Effective leaders are not blind to intelligence nor do they blindly follow intelligence. Intelligence can be misleading or incorrect.

But not very often. You’re a smart person. If you can’t trust people you’ve hired to be smart, insightful, and honest, replace them with those who are.

Gather intelligence. Find out what’s what and who’s who.

Decode and decipher intelligence. Let your experience and education show you what the data means.

Validate intelligence. Be careful about single-source information. Check things out. Never ever listen to one side of a story, one side of an argument, or one person’s opinion. Get the facts, all the facts. Never hire a financial advisor with anything to sell. Find out if anyone who’s talking to you has an agenda.

Act on intelligence. And do so intelligently. I’ll wager Eisenhower, Bradley, and Montgomery wished they would have.

So why didn’t they? Because the better things are going for you, the less you feel you need to do those things that made you successful.

Odd isn’t it? The better off you get the worse off you think. Amazingly it isn’t an isolated condition. Too many leaders relax too soon. They get sloppy, arrogant, over-confident. In their case, the space between success and catastrophe is only a hyphen. If you’re doing well now, what skills and attitudes have brought you here? If things aren’t going so well, what do you need to do to change them? Intelligence is more than the facts one gathers, it’s also the response one should make.