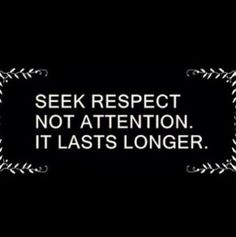 When I was last in Africa, I found a book in the library of the home in which I resided about the early days of safari hunting. The industry is tightly regulated these days and was, to a certain degree, even in the early part of the twentieth century. The hunters and guides were a hardy and courageous lot. Those early safari guides learned early on what it took to survive. No hunt was ever the effort of a single person. An orchestrated team event kept guide and guest alive and made the hunt successful.

In one story the guide was driving back to camp after a hunt. He drove the truck while his client sat inside with him. In the back rode the men who helped out. As they neared home, the driver/guide looked in the rearview window to see one of the men in the back throwing things off the truck into the brush by the road.

Immediately discerning what was going on, he stopped the truck and confronted the man. There was no emergency necessitating the jettisoning of cargo. The man was stealing stuff, throwing it over so he could return later and retrieve it.

The guide berated the fellow, made him backtrack and retrieve all the jettisoned cargo. Then he fired the man on the spot, paid him his earned wages, and sent him away.

Getting back into the cab of the truck, he made but one remark about the incident to his client. “If you don’t do that, neither he nor the others will respect you.”

What did he mean when he said if you don’t do “that”?

Did he mean the harshness of his rebuke or the dressing down that he gave the man?

He meant that if you don’t enforce and reinforce that which is right and proper, if you don’t back up your position of responsibility with decisive and firm action, if you don’t say what you mean and mean what you say, those who work for you and with you will lose their respect for you.

To respect someone is to hold them, their position, their responsibilities, and their word in high regard. It is to appreciate the value in who they are, what they do, and what they say.

If you lose someone’s respect, you’ve lost your ability to lead because others no longer believe that your word really means anything. It has no or diminished value. And if your word has little value, your ability to advance your vision is seriously compromised if not completely neutralized.

So then, how do you maintain the respect of others? Here are four things you should never do.

And one thing you should do…

When you are wrong, admit it. It is not a sign of weakness. It is an indicator of honesty and humility.