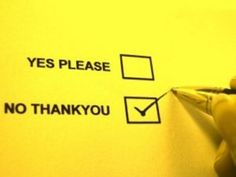 Jason is a principal officer in one of a consulting firm’s city offices.  The Regional VP recently met with Jason to offer him a position as a District manager. For two hours or so the Regional guy talked about the district, its strengths, and its few weaknesses and offered the job.

It was an offer that carried with it some prestige and, for a short time, Jason considered accepting the it. But in the end, he turned it down.

When I discussed it with him I learned there are three reasons why he declined.

First, there was the challenge of finding a successor. The office Jason managed ran like a well-oiled machine and all the numbers were up over the previous year. Jason was concerned that there would be too much disruption to simply move on unless a suitable successor could be found. There was some flexibility as to when he would need to move up and had that been the only issue or even the major issue, he would probably have accepted the offer. But there were two more challenges.

Second, accepting a position of higher and broader responsibility implied a commitment of sufficient time to make the transition work, time Jason did not have. While the Regional VP did not define a specific length of time he expected, Jason would not accept the offer unless he could devote a minimum of two years in the new position. His personal leadership philosophy, set of values, and sense of responsibility told him never to take on a job unless he could devote himself fully to it and offer it a more than a tentative commitment. He liked challenges but shunned advancement for the sake of advancement alone. The problem was that Jason has become the local office manager with a clear understanding to the company that he would stay in it for two years and no more. He was committed to other pursuits outside of that office and away from that company. Two years was the limit. He was one year into that two year period which left only one more year. Taking the district manager job would mean extending it another year, something he was not willing to do.

Third, during the two hours or so that he met with the Regional VP, Jason got the distinct impression that the VP was far more interested in the company and the job than he was interested in Jason. Not once did the VP draw any parallels between what the company needed and the skill sets of Jason. Not once did the VP even try to find out if the needs of the company came close to matching the needs, ambitions, and values of Jason. When it was over, Jason felt he was little more than an object than an important and vital part of the company’s vision.

There are 7 very essential lessons about motivation in this that we need to look at.

The last I heard, the VP was not having an easy go of it finding a District Manager. It seems just about everyone has figured him out. Motivation is always internal. People are motivated already, the question for us as leaders is to find out where and for what and discover ways we can help them reach their goals while we satisfy our own.